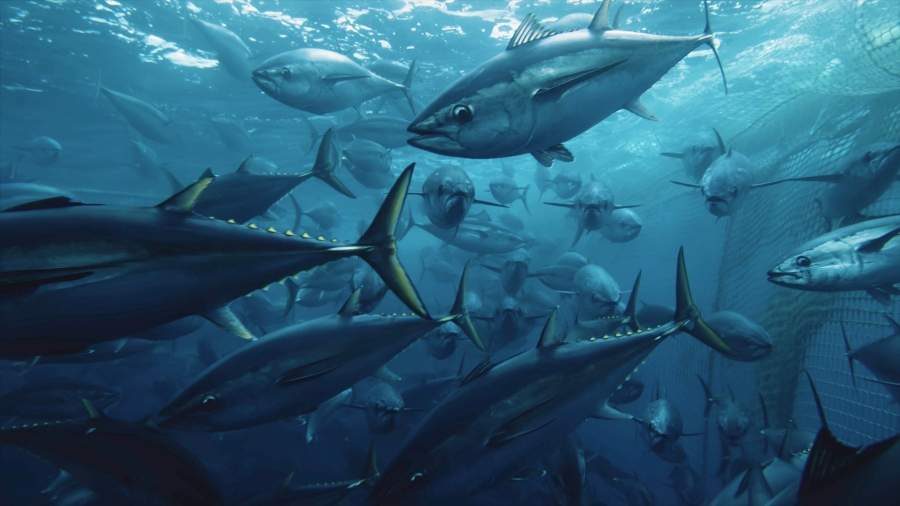 As controversial as its reception are the conclusions of this documentary: that there is no sustainable fishing and that the only way to stop the damage to the oceans is to stop consuming fish and seafood.

The same producers of the documentary Cowspiracy (2014) are once again making noise with a new investigation, Seaspiracy: unsustainable fishing.

If in that first feature film they showed the impact of livestock on the environment, with the second one they point to industrial fishing and the damage it is causing in the oceans and the life that exists there.

Released on Netflix a couple of weeks ago, Seaspiracy is directed by British director Ali Trabizi, a young filmmaker and lover of marine life, who as a child was fascinated by the scientific documentaries of Jacques Cousteau, Sylvia Earle and David Attenborough.

As an adult, he began to worry about the impact of plastic that reaches the oceans and changed some of his daily habits, such as using only reusable objects and going to the beaches to collect waste.

But he soon realized that although the 159 million tons floating in the seas are a serious environmental problem, the greatest damage to ocean life is caused by industrial fishing.

And to this little addressed problem he dedicates his first documentary as director, one that since its release has been well received on the streaming platform, but has also provoked controversy and accusations, as reported in an article in The Guardian.

Like a thread that when pulled reveals a larger tangle, Trabizi travels through different countries following the clues of the impact that large-scale fishing is causing in various parts of the world, revealing its darker side.

It is a journey narrated in first person that starts in Taiji, a town in southern Japan where boats that would work for the marine entertainment industry -that of the water parks with animal shows- kill dolphins in full view of everyone and for no apparent reason.

From there he shows the dubious practices of illegal fishing in Liberia, the environmental damage of salmon farming in Scotland and even the slavery of the industry in Thailand, with testimonies of men who were forced to work there and even saw others die in the middle of the sea.

With interviews with scientists, environmental activists, fishermen and NGO representatives, among others, Seaspiracy reveals in 90 minutes the damage that this industry is causing in the oceans. So serious that, he assures, by 2048 the seas could be empty if drastic measures are not taken.

It also reveals a whole network that would exist to divert the focus of this problem by governments and the fishing industry and also aims its darts at NGOs such as Oceana and certifiers such as Dolphin Safe Tune.

The conclusions reached by the documentary are as controversial as its recpetion: that there is no sustainable fishing and that the only solution to stop the problem would be to stop consuming fish and seafood. 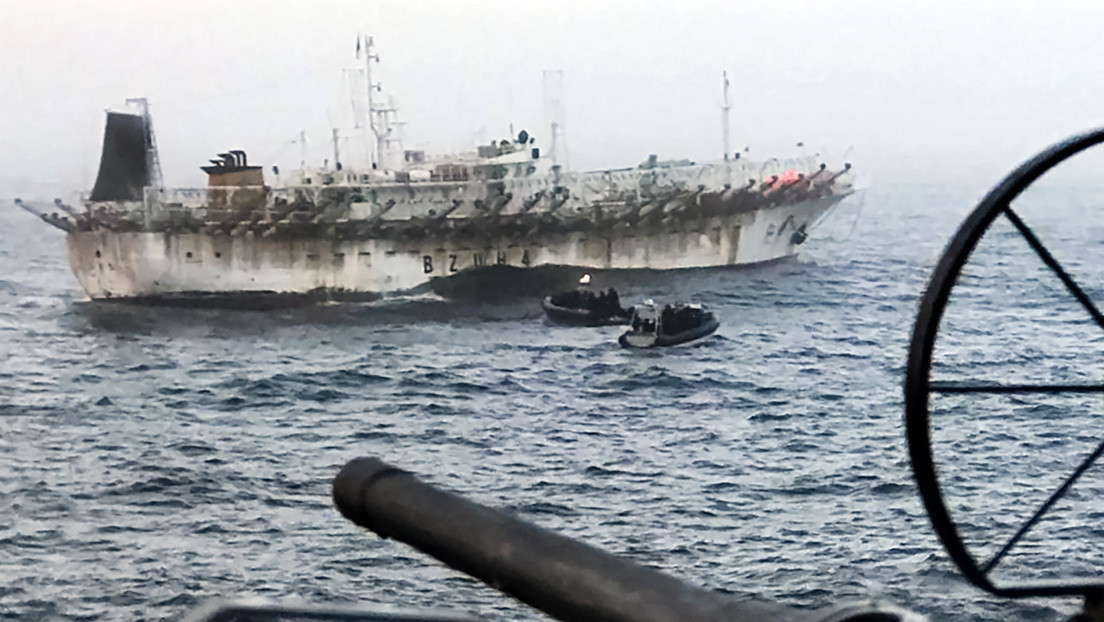 Between 1986 and 2020 the Prefectura Naval captured 80 vessels, mostly from South Korea, China, Taiwan and Spain. Greenpeace denounces that currently the ships deactivate their automatic identification systems so as not to be detected.

The problem of illegal fishing and the depredation of the sea near Argentina is not new, but recently the conflict has jumped to the public agenda. The controversy was sparked when filmmaker Enrique Piñeyro flew his own plane over the Exclusive Economic Zone (EEZ), adjacent to the Argentine territorial sea, and filmed dozens of fishing boats illuminating the southern night of the Atlantic Ocean. Although some experts denied that the vessels in those images are foreign, the fact is that light was shed on an undeniable conflict: the devastation of the environment in a sector administered by national authorities.

More precisely, Greenpeace has been warning about this situation for some time. The environmental NGO warned that in mid-February at least 470 ships were located in the margin of the EEZ, a sector whose natural resources can only be used by ships authorized from Argentina. The discovery was made using the Marine Traffic digital platform and NASA satellite images, where the light emanating from the ships seen from above is greater than that of many local cities.

The infringement occurs because, when no one sees them, many of these foreign ships cross the aquatic boundary and steal fish from the South American country. To slip into the vastness of the sea undetected, they often turn off their automatic identification systems, becoming invisible to the control radars. Luisina Vueso, coordinator of the campaign for the protection of the Argentine sea in that group, explains that this practice is known as ‘dark’: “They don’t only do it at night, but in broad daylight”, she clarifies.

The interviewee emphasizes the Blue Hole, a desirable site for those who come from other latitudes to destroy all vestiges of natural life. It is 5,000 square kilometers, characterized by its immense variety of marine resources. That is, 24 times the size of the city of Buenos Aires. “We identified four reefer vessels, where fishing vessels transship their catch at sea to take it directly to the markets. We also identified eight floating gas stations, which provide fuel to these fleets so that they can continue to operate. In this way they perpetuate the depredation of the oceans, far from the control of how much they are fishing and the real impact this generates on marine ecosystems,” Vueso remarks.

In 2019, Greenpeace visited the Blue Hole with the ship Esperanza and recorded the environmental disaster. The expert still remembers the images of the seabed “totally devastated by fishing”, something similar to “a forest razed after clearing”. With that tone, her description of the activity is dramatic: “Trawling is the most destructive, and it is carried out intensively in that place. It consists of large nets the size of soccer fields, with heavy chains that go to the seabed and sweep everything away”. In fact, “the impact is intensified by the lack of selectivity, since it not only lifts the target fish, but also destroys cold water corals and algae forests, which are fundamental for these ecosystems, as well as small mammals, such as sea lions, dolphins and penguins”.
Difficult control

The Argentine Naval Prefecture (PNA) is the authority in charge of surveillance, and constantly broadcasts satellite images showing a huge string of foreign ships stuck to the limit of the Exclusive Economic Zone, lying in wait for any carelessness: “Many of these ships lack the required authorizations, so they incur in illegal acts that impact on the fauna, the environment and sovereignty”, emphasize from the Government. As of January, in the middle of the squid illex argentinus fishing season, a huge number of vessels were already approaching the margin.

The PNA pointed out that most of the vessels come from three routes: “From the Pacific Ocean (entering through the Strait of Magellan), from the Indian and Atlantic Oceans, and from the North Atlantic”. Since 2020 and until a few months ago, 314 fishing vessels were monitored daily by the Coast Guard System. Catching them themselves, committing the infraction, is like looking for a needle in a haystack, although there have already been some successful operations.

According to official data, between 1986 and 2020, 80 irregular vessels were caught. Most of them came from South Korea (15), China (12), Taiwan (11), Spain (11), Japan (8) and Uruguay (7). The last one, called Calvao, had a Portuguese flag, and was caught while fishing on the forbidden side of the dividing line, violating the Law of Maritime Spaces. Thus, considering the millions of dollars in losses generated by illegal fishing, heavy penalties can be applied, as long as the offenders are found at the right time. In fact, invoking the new legislation, last year fines of close to 250 million pesos (2.9 million dollars at the official value of 2020) were levied on three offending vessels. However, it is estimated that there are more ships that manage to steal Argentine natural resources and escape by evading controls.
Towards a Global Treaty for the Oceans

The conflict of illegal fishing, together with its environmental and economic damages in several nations, seems to be difficult to solve, especially for countries with little incidence in geopolitics. Likewise, the issue is debated in multilateral organizations and the Food and Agriculture Organization of the United Nations (FAO) itself classified this practice and encouraged the UN to declare the International Day for Combating Illegal, Unreported and Unregulated (IUU) Fishing, every June 5. The action, purely symbolic, was intended to raise awareness of the problem, but Greenpeace insists that a global agreement with clear rules is needed. The main point of concern for environmentalists is the deregulation present in international waters, where anything goes.

“We urgently need a Global Oceans Treaty,” Vueso emphasizes. The United Nations States began to consider this request, much demanded by environmental advocates, and in 2015 began to discuss the possibility of controlling what happens in waters outside national jurisdictions. This led to progress with more formal negotiations, since 2018, and now there is optimism that they can come to fruition: “In August 2021 we have the historic opportunity for this Treaty to be sanctioned, and allow the creation of a network of sanctuaries in international waters, to protect 30% of the oceans by 2030,” she says. In this way, says the expert, the damaged ecosystems could recover and face the climate emergency. “We cannot afford the death of the oceans, our lives and the health of our planet depend on them,” she concludes.

At the local level, the Argentine Congress is analyzing draft laws to prevent the depredation of the sea, increase surveillance and include penalties in the Penal Code for those who fish without permission. Another of the projects calls for the creation of a protected area in the Blue Hole, something that could be implemented thanks to the UN’s recognition in 2016 of the extension of the continental shelf of the Argentine sea. It remains to be seen if environmentalists will fish for the attention of legislators in the midst of the pandemic. 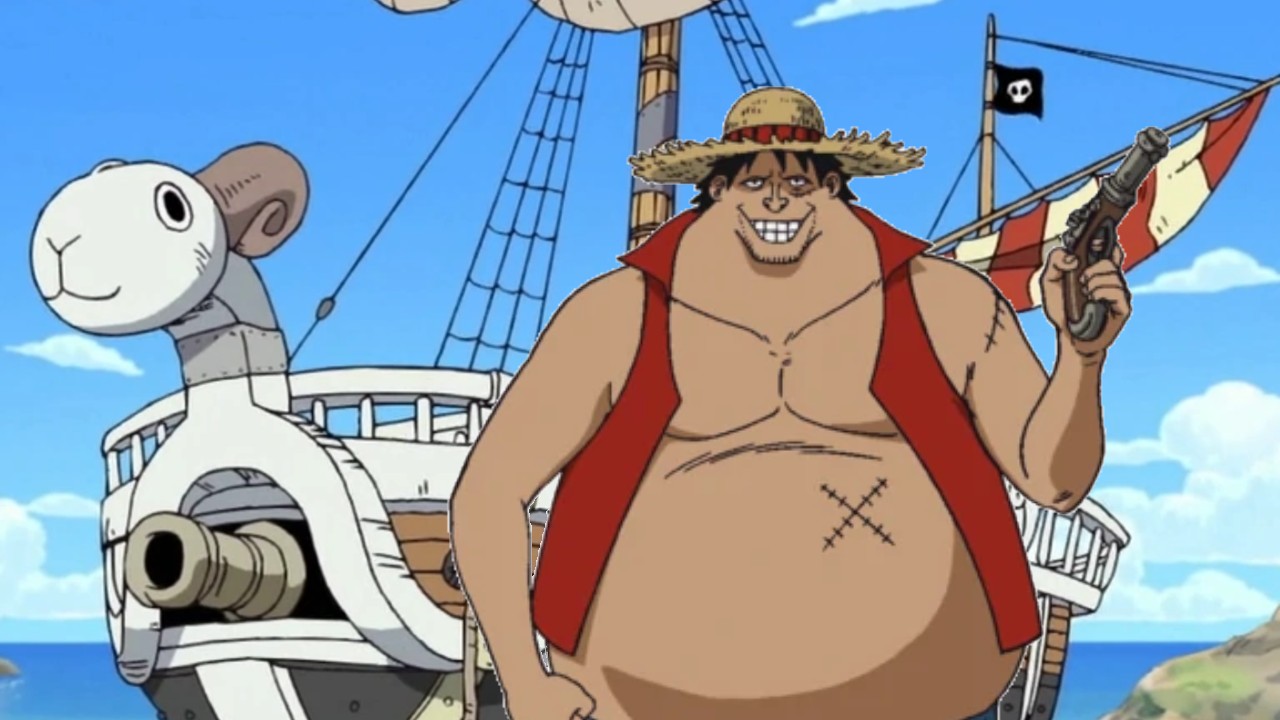 If you think that One Piece is the only place where you can find pirates nowadays, it’s because you still don’t know this story that happened in Japan a few days ago, as a group of privateers (and anime fans) were prosecuted for illegal fishing while aboard a ship christened the Going Merry.

The criminal group had caught up to 800 kilos of sea cucumbers valued at 3.2 million yen, and while illegal fishing is not a new issue in Japan, several people spotted the straw hat vessel reference when they heard the news via Yahoo News.

“How funny to see a ship with that name involved in an illegal fishing case!”, “I know I shouldn’t laugh, but I couldn’t help myself” and “Unlike One Piece, these pirates are evil.”

The Going Merry was the first ship of the Straw Hat crew from the time they set sail from the East Blue (episode 17) until it was cremated via a “Viking funeral” on the seas of the Grand Line (episode 312). This lamb-masked ship was the crew’s flagship for 295 episodes of the anime.